Federal Conservatives playing politics with our most basic democratic right 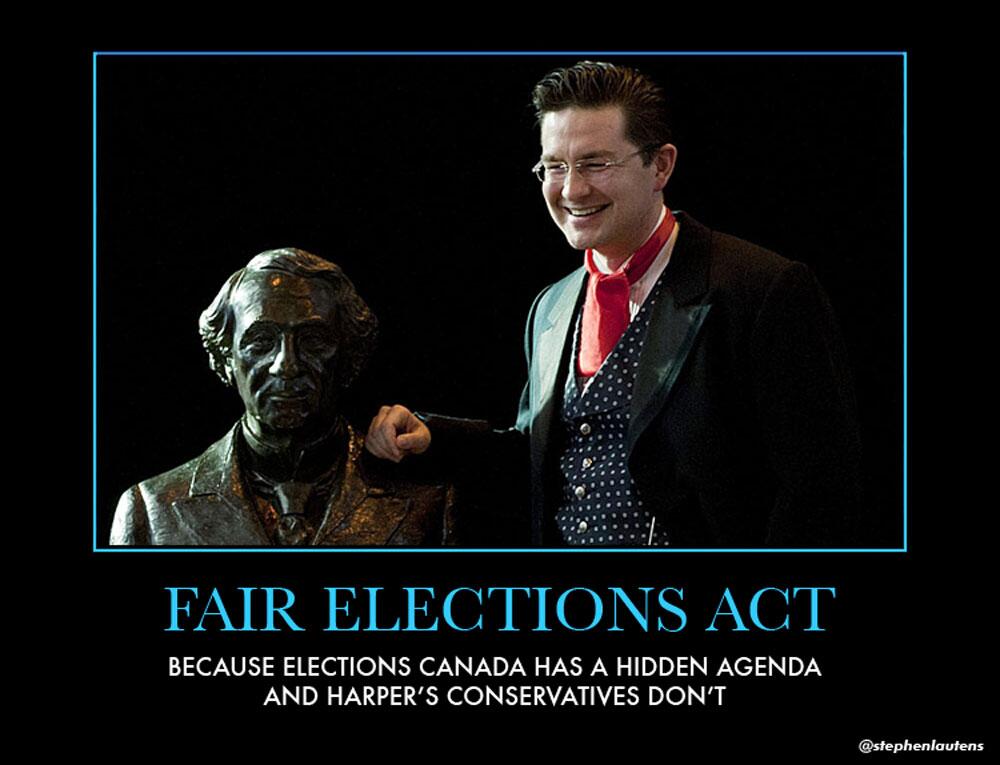 Bill C-23, the inaptly named Fair Elections Act, is the most recent of a series of concerning bills at the federal level.  It is set to become law in Canada, despite the overwhelming public outcry against it.

[to learn more about this issue, RSVP for the event co-sponsored by Labour Council on April 23rd in Waterloo]

It seems apparent with this bill that the Conservative party is working to suppress voter turn-out, discourage young people, among others, from voting, and increase the party’s ability to raise corporate funds, hoping that this will benefit them at election time.

The bill also eliminates ‘vouching’ for someone you know well to allow them to vote. Experts defend this practice since it protects the democratic right to vote, and abuses are almost unheard-of.

This change will prevent particular groups of people from voting: the elderly, particularly women, who have not got a driver’s license; aboriginals living on reserves; young people living with their parents, etc.  It will disenfranchise over 100,000 voters.

Importantly, the bill strips Elections Canada of its role in monitoring elections and investigating voter fraud or election irregularities, such as the ‘robocalls’ of the last federal election.

Despite the overwhelming – and growing - number of outspoken critics, the Harper government continues to sing the praises of this bill and wish to push it through into law by June.

Just think how badly flawed this piece of legislation must be to unite so many well-respected people of all backgrounds to speak out against it.

Why is this bill so chilling?

First, ignoring well-reasoned protests from so many quarters, regardless of the issue, illustrates just how far the Harper Conservatives have strayed from representing the citizens they are meant to serve.

Second, in a democracy, our vote is our voice.  Ironically, the greatest threat to our democracy is coming from our own government.  For a government to legislate restrictions on the voice of its people is chilling indeed.

Nancy Hutcheson is Vice-President of the Elementary Teachers Federation of Ontario - Waterloo Region and an activist with the Waterloo Regional Labour Council.

Please check your e-mail for a link to activate your account.